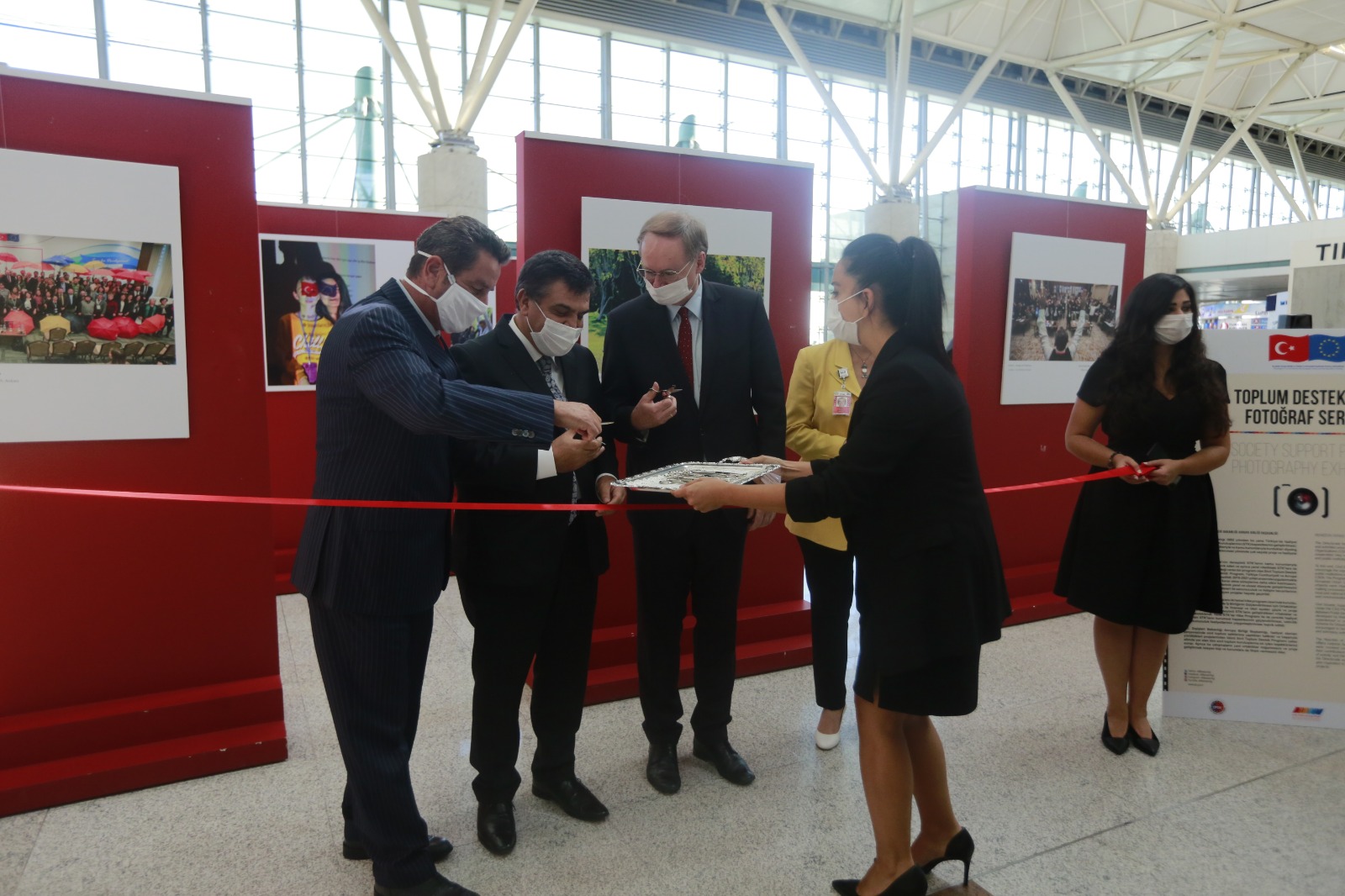 Photos compiled from 48 projects co-funded by the Republic of Turkey and the European Union and carried out under the Civil Society Support Programme implemented by the Directorate for EU Affairs expect visitors during 24 August – 7 September 2020 at Ankara Esenboğa Airport.

Opening ceremony of the exhibition started with Ambassador Christian Berger’s speech. Following his speech, Deputy Minister of Foreign Affairs and Director for EU Affairs Ambassador Faruk Kaymakcı took the floor. Ambassador Kaymakcı stated in his speech that the Directorate for EU Affairs, which celebrates its 20th year anniversary, always gives importance to working with civil society organizations and has implemented numerous projects since its establishment. He also indicated the importance of civil society organizations’ taking part in the debates on Europe’s future as well as making Turkey’s voice heard in different areas in Europe.

The ceremony ended following the ribbon-cutting and photo shooting.

The photo exhibition will remain open and expect visitors between 24 August and 7 September at TAV Gallery Ankara at Esenboğa Airport.

Civil Society Support Programme, which is one of the programmes under the Civil Society Sector funded by the European Union and Republic of Turkey and implemented by the Directorate for EU Affairs, aims to strengthen the effective participation of CSOs in decision-making mechanisms, to enhance cooperation between civil society and the public sector, and to improve the administrative, advocacy and communication skills of CSOs. Two grant schemes operate within the Civil Society Support Programme I: Grassroots Civil Society Organisations and Partnerships and Networks.

Under the Grant Scheme for Grassroots CSOs, which was implemented in 15 different cities for a period of one year and finalized in December 2019, 38 civil society organisations working in various fields such as environment, media, search and rescue, photography, fight against addiction, energy, rights of disabled persons and women have received 2.1 million Euros to improve their administrative, advocacy and communication skills.