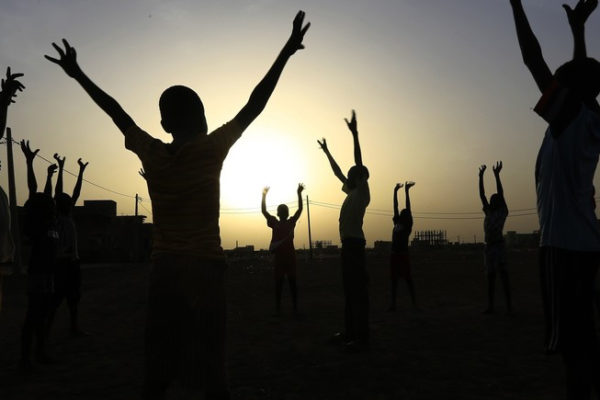 Grant Scheme for Turkey-EU Intercultural Dialogue, aiming at enhancement of intercultural dialogue, collaboration and communication between civil societies in Turkey and EU in the area of culture and art, was announced on 20 February 2018.

Grant Scheme for Turkey-EU Intercultural Dialogue will be implemented by the Yunus Emre Institute under the Instrument for Pre-Accession Assistance 2014-2020 (IPA II), Civil Society Sub-Sector lead by Ministry for EU Affairs.

With a total budget of 2 million euros, the Grant Scheme will support projects that target:

Thematic areas that can be covered by the projects are music and opera; theatre and performing arts; plastic and visual arts; graphic arts; arts in public space; traditional arts; digital arts; literature; urban culture; cinema, documentary, animation; architecture; folk culture; cultural diplomacy; history. The Grant Scheme will support the types of actions exemplified below. The actions listed below are by way of example only and are not limited to these types of actions:

National institutesof culture or national bodies of the EU countries  that are a EUNIC member  are eligible as Lead Applicant. In order to be eligible, lead applicants must have at least one CSO and/or university co-applicant from Turkey.

Any grant requested under this call for proposals must fall between the following minimum and maximum amounts:

Documents:
• TTales from the Danube

For detailed information please see the documents below. 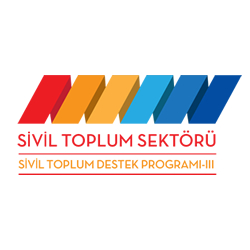 Partners: Istanbul Foundation for Culture and Arts, Goethe-Institute, Embassy of the Netherlands in Turkey

Four well-established and active cultural institutions in Turkey have joined forces to create a multi-national and multi-disciplinary project. The ‘Be Mobile – Create Together!’ project is the joint endeavour of the Instituthet Français de Turquie, the cultural section of the Embassy of the Netherlands, Istanbul Foundation For Culture and Arts, and the Goethe Institute, and it will facilitate 16 artist residency programmes in France, Netherlands, Germany and Turkey, Be Mobile – Create Together aims to strengthen the cultural and artistic exchange between Europe and Turkey, not only encouraging young talent, but also contributing to a sustainable connection between the Turkish and European art spheres. It will bring together a range of artists to work together through residencies and locations throughout Europe. The Be Mobile – Create Together project will enable young, digital visual and performing artists and writers from Turkey and Europe to find opportunities to attend residency programmes. Throughout the period of July 2019 to May 2020, 26 artists will be enjoying residencies at art houses and studios in Paris, Cassis, and Issy-les-Moulineaux in France; Dresden, Berlin and Stuttgart in Germany; Amsterdam, Maastricht and Lahey in the Netherlands; and also İstanbul, Ayvalık, Bursa

The world faces a wide range of social, political and economic challenges. These challenges can impact on the way we live, communicate and experience culture, and may put social cohesion at risk. Thus, it is more important than ever to learn to live together constructively in a multicultural world and to develop a sense of community and belonging. ‘Connect 4 Creativity’ aims to promote intercultural dialogue by bringing together creative hubs and communities for a networked collaborative future. This creative connectivity aims to establish a more cohesive, open and interlinked civil society. Creative hubs have increasingly become a powerful source across the globe, transforming cities, spaces and communities. They enable diverse creative talent to connect in ways they hadn’t before, strengthening cross disciplinary and transnational collaborations. The project provides a platform for students, academics, artists, creative professionals, policy makers and general public across Europe to form international networks and participate in creative exploration. Key activities will include research to provide baseline information on the role of creative hubs and communities in promoting intercultural dialogue, three networking conferences, art and technology residencies, with an exhibition and study visit.

Diversity in Unity: Intercultural Dialogue Through the Waves of Danube - Hungarian Cultural Center

Diversity in Unity: Intercultural Dialogue Through the Waves of Danube – Hungarian Cultural Center

The unique culture of the Danube river basin has been celebrated by cultural operators and public institutions for a number of years as ‘the Danube Weeks’. These ‘Weeks’ have included various artistic activities across the countries of the Danube region. With this new project of the Hungarian Cultural Center, the scope of content and scale of the types of activities and geography of the ‘Danube Weeks’ will be expanded. With the participation of Turkey, as a country belonging to the historical and cultural sphere of the Danube Region, the ‘Danube’ cultural tradition will grow and strengthen. Artists and professionals from art, literature and cultural institutions in Turkey and their counterparts in the Danube countries of the EU will find opportunities to meet and work together in collaborative actions. The project kicks off with a series of activities to be organised under International İstanbul Literature Festival, during which the Danube impact on literature and culture will be discussed. Workshops on creative writing and reading will run at the Festival, with contributions from a range of artists from the Danube countries. In honour of Europe Day on the 9th of May, the project will host various events and cultural performances, gastronomic presentations, and reading sessions in Istanbul. All these activities will bring a little bit of Danube Culture and the Danube people to the city of İstanbul. Furthermore, capacity building activities organized in Budapest, Bucharest and Istanbul will improve the operational as well as the theoretical and informational capacity of the cultural operators. A major activity of the project is to be a ‘Road Show’ that will start in Ankara and continue through the Danube countries of Bulgaria, Romania, Serbia, Hungary, Austria, Germany, and arrive in Brussels just before the closing event.

Europe’s Neolithic Bridge: Documenting and Disseminating the Neolithic Heritage of Anatolia Project will contribute to the protection of cultural heritage across Europe and Anatolia, and increase awareness to the heritage and strengthen a sense of belonging through shared platforms. Conferences and colloquiums planned for Sofia, Athens and İstanbul will bring together researchers from Europe and Turkey to share their experiences of study of the Neolithic Age with wider audiences. One of the main activities of the project is a documentary film that will focus on Anatolian Neolithic heritage and its extension to Europe. It will include recording at main Neolithic sites in Turkey from Kırklareli to Batman, as well as coverage from a range of museums. The filming will include interviews with local modern-day residents and professionals, such as local archaeologists. The documentary will be sub-titled in Turkish, French and English and will be disseminated to national, international and local TV stations, as well as broadcasting through internet portals. Promotional clips of the documentary will also be used in a social media campaign and screened at international conferences. In addition to premier screenings at the end of the project in cinemas in İstanbul, Ankara and Şanlıurfa, there will also be a photography exhibition displaying the project and the production process of the documentary film. 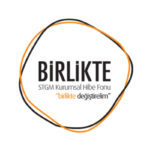 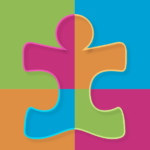